Ioannina, the capital of Epirus, surrounds the Lake Pamvotida. The nature, the climate and the character of the city are defined by this water “lady”. The lake, the calm waters and the small island, which is a natural monument, are in the centre around which the city flourishes and breathes.  Multicultural, traditional and endless! 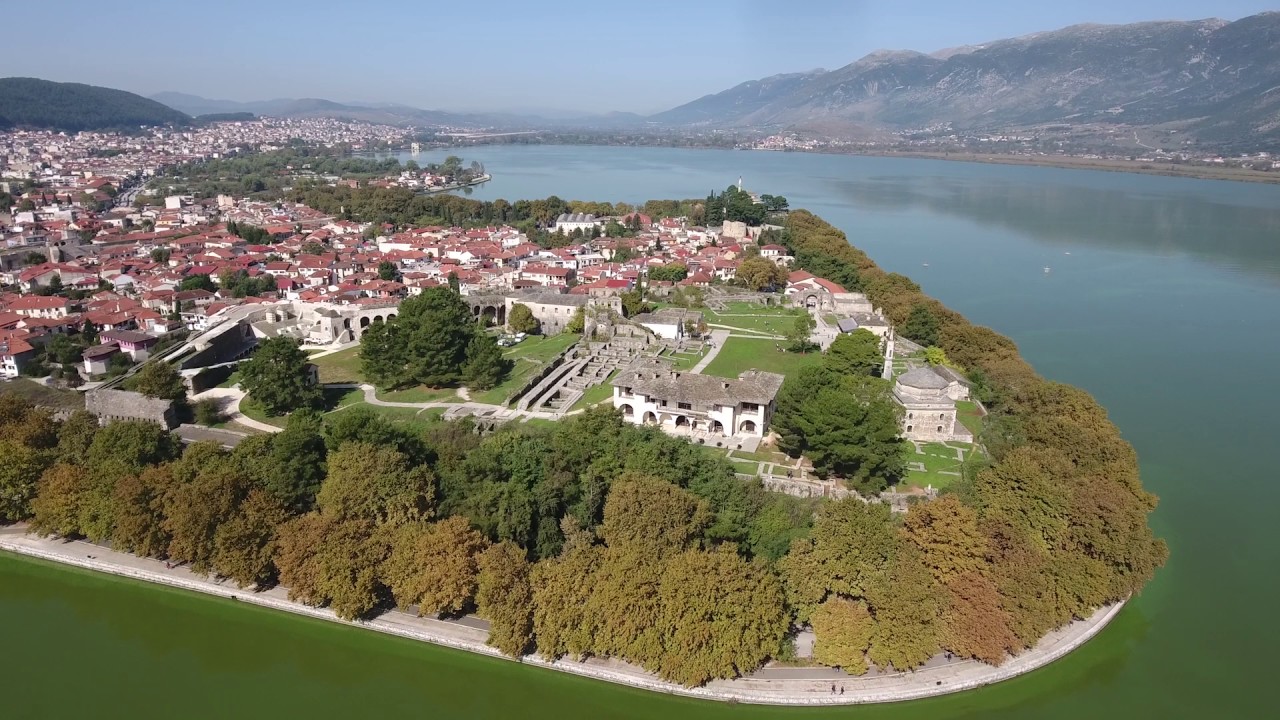 The huge multicultural value of the area is depicted in the Lake and everywhere you look at; the architecture of the buildings, the worshipping buildings, the churches, the monasteries, the mosques, the high street, the tastes of the area. In the past Ioannina used to be a multicultural territory, defined by the Christian, the Islamic and the Jewish element, a co-existence that has left its marks in the historical city centre. The Louli gallery is the main place where these three communities worked and flourished together.

Starting from the Stone Age, the ancient Greek culture, the Roman and the Byzantine Despotates and reaching the Ottoman Pasha and the contemporary Greek Nation, history drives us to all those sights that you have to see.

It is worth to see:

The castle of Ioannina

The imposing castle of Ioannina was built in 528 A. D. by the Emperor Iounstinianos. It is the most ancient Byzantine fort in Greece and it is rich in history. Through the years it proved to be a crossroad of many cultures and religions. It grew out into a real city, within which the spiritual life of Ioannina flourishes until today.

The castle is very interesting, architecturally speaking. It is one of the few castles in Greece which is still inhabitable. It is divided into four parts: the outside courtyard, the north-west acropolis, where lays the Aslan Mosque, the south-east acropolis, where lays the famous Its Kale and the Fethiye Mosque and, finally, the Castle itself, the old city of Ioannina surrounded by walls. Here are the grave of Ali Pasha and his first wife, Fatima, the Byzantine Museum, the Turkish kitchens, the powder keg, the church of Saints Anargyroi and the treasure chest with the byzantine collection of silver, the Jewish Synagogue, the House of Pasha Kalou, the Suvari Saray (18th century) – where the riders of Ali Pasha used to train- the Turkish baths (Hamam) and many other.

In this castle, Ali Pasha lived, the imposing and mysterious figure of the Ottoman Empire. His big love for the famous Kura – Frosini has become a myth.

“Pasha in Ioannina" It is an expression which means that someone lives in wealth. It is a proverb and it imprints the general opinion that Ioannina used to be is still a rich and aristocratic city.

The acropolis of the Ioannina Castle. You can enjoy your coffee surrounded by the walls of Its Kale, gazing at the same time the view at the lake and you will immediately feel like you have travelled back into another historical period. As you walk around you will find the Fethiye Mosque that was built in 1795 by Ali Pasha so as to host his saray, the grave of Ali Pasha, where his headless body was buried. You will also step into the Byzantine Museum, the Treasure Chest, the Galleries, and the so-called Boemondus Tower.

It is one of the rarest city lakes of the country. It is the trademark of the city of Ioannina, and it is 26.000 years old! It is by far the most beautiful lake in Greece, surrounded by green banks and imposing mountains, which are mirrored in its waters. The life of the city spins around the lake. The scenery, the walks around the lake and the boat trips will put a spell on you! The whole area around the lake is ideal for walking; it is full of shops and restaurants, where you can combine good taste and the green scenery.

The island of the Byzantines

One of the rarest inhibited islands within a lake in Europe is here in Ioannina. The island has a world record. It does not have a name! It is called “the island in the lake” or “the Ioannina Island” and it hosts almost 250 inhabitants, a mainly fishing community. After a few minutes of the boat ride, you arrive at the Island, which is full of sights.

The Island is taken from another era

Ten minutes are enough to experience something unique in Ioannina. A short trip in space but a long trip back in time. This is how long the boat ride takes from Ioannina to the Island in the lake. The island is actually a rock drown in pine trees. There is built a unique stone village around its natural port. Even though it is small in size, the island hosts seven monasteries and the third biggest monastery community in Greece, following the Athos Mount and Meteora. Be prepared to walk around, to get to know the precious byzantine heritage and its monasteries, like those of St Nicolas the Philanthopinon (1292), the Saint Mary’s Church and the St. Panteleimonas Church, where Ali Pasha was killed. At the Ali Pasha Museum, which is hosted in a traditional house of Ioannina, dominates the picture that depicts the delivery of his head to the Sultan. At the tavernas of the Island, you can taste delicious fish like trout or eel.

Church of St. Nicolas of Kopanon

It is at the north exit of Ioannina, at the Metsovo axis and its name derives from the striking of the clothes by the women at the traditional special areas of the lake for washing the clothes. According to the tradition, here is where Kura – Frosini was imprisoned, the famous woman of Ioannina.

One of the most beautiful museums of the country and surely one of the most innovative ones is the Pavlos Vrellis Museum of Wax Effigies. The impressive wax effigies travel the visitor through the history of Epirus to the past centuries.

Just outside the city of Ioannina, only 4 kilometres away, there is the Perama Cave, one of the most beautiful caves in Europe. It is dated to be 1, 5 million years old. Its chamber are so beautiful that it hard for someone to believe that they were created without any human intervention. There are 19 different kinds of stalactite, the big room of “the mythical palaces”, the stalagmite “The Statue of Liberty”, the stalagmite “Santa - Claus” and the “new city” with its beautiful lakes.

Other culturally important museums are the Archaeological Museum, the Folkloric Museum and the Municipal Art Gallery. The lovers of history, art and culture will have the opportunity to walk around the different periods of history in Greece and to admire the works of older and Modern Greek artists.

The food of Ioannina satisfies the most demanding tastes!

The mountains of Epirus offer a great variety of herbs and aromatic plants, which give taste to the first material that is of great quality. The fish of the lake, like the eels and the lake trouts, are, along with the frog legs, the trademark of the kitchen of Ioannina. The pies and sweets in the area are very famous. Every bite is a gentle reminder of the geographical place of Ioannina, in the middle between Europe and Asia. The traditional sweets of Ioannina are very famous in Greece. The popular sker bourek, which means sugar pie, the baklava and the rest tray sweets are only a few of the tastes that will be unforgettable. In the traditional cafes of the city, you can taste the unique “serbetia”, the sweet wines with a scent of fruits and flowers. Another unique product in Ioannina is alcohol-free sweet drinks. They are a variety of totally unique liquors that you can only find in Ioannina. They are made by the mixture of biological oxos (a grape variety) with nectar, herbs and fruit aromas.

The hidden treasures of Ioannina

Discover the great art of the local silver craftsmen, who practice an art that is famous all over Europe: handmade jewellery, china, trays and ecclesiastic objects. The silver craft was one of the most characteristic arts in Epirus during the 18th and the 19th century. In the workshop of Kalarrita in Ioannina have been trained some of the most famous craftsmen in the Balkans. All over the city, there are shops, workshops and exhibition rooms sell silver products.

The commercial side of the city

The highway of Ioannina, the Michail Aggelos Street, is full of life: here you can find cafes, expensive shops and boutiques. The Independence Street is the old commercial street, which was reformed after the big fire of 1869. There and in all the perpendicular roads there are hundreds of shops, artisan shops, blacksmith’s forge, old galleries, some of which, like the Louli gallery have been reconstructed. Lord Byron Street is also a traditional commercial roa 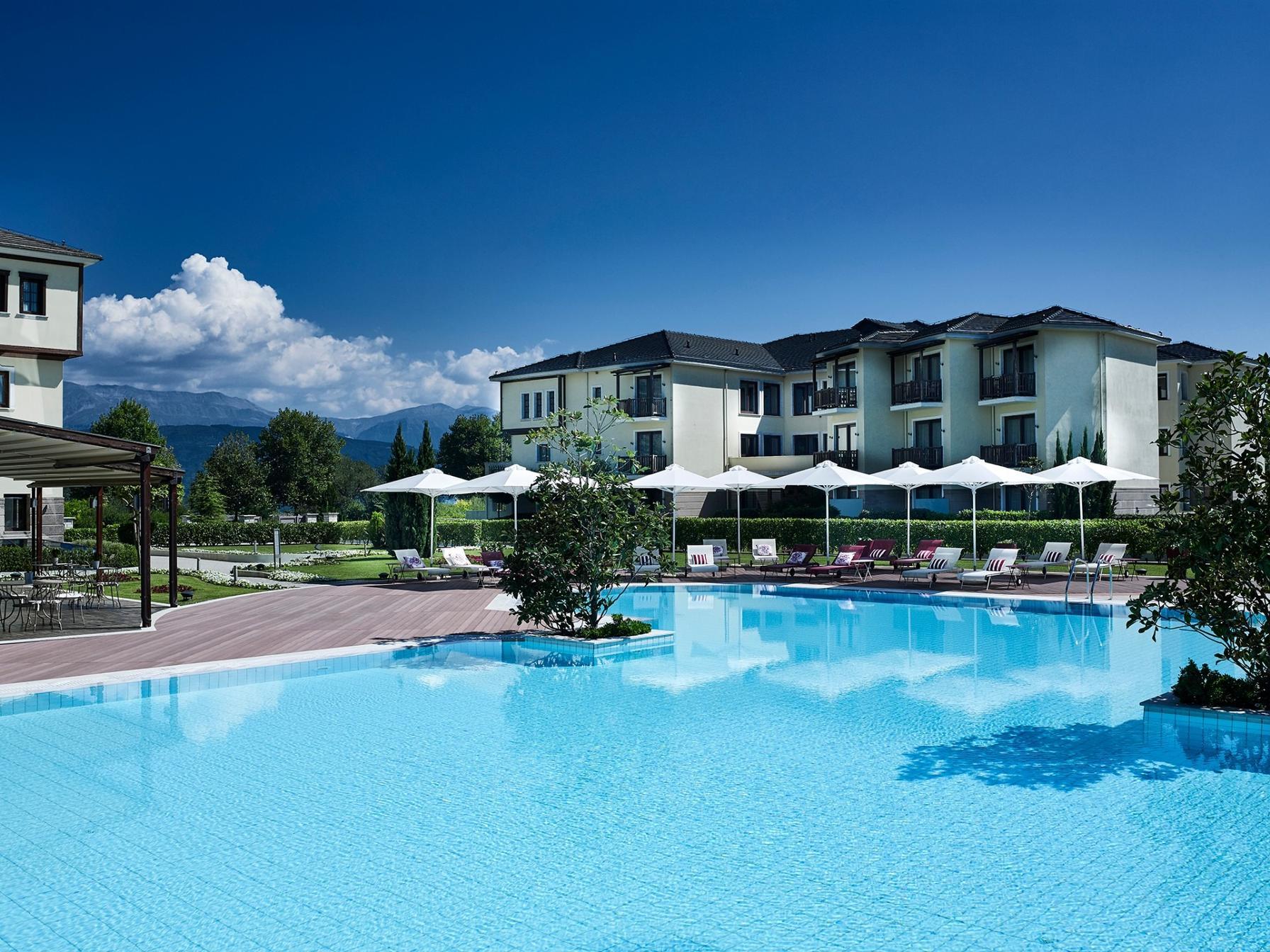