The cosmopolitan island of Corfu is the northwesternmost and the most famous island in the Ionian Sea, as well as one of the most popular and populated islands in the Mediterranean Sea. Corfu is listed among the most important islands as far as tourism is concerned. 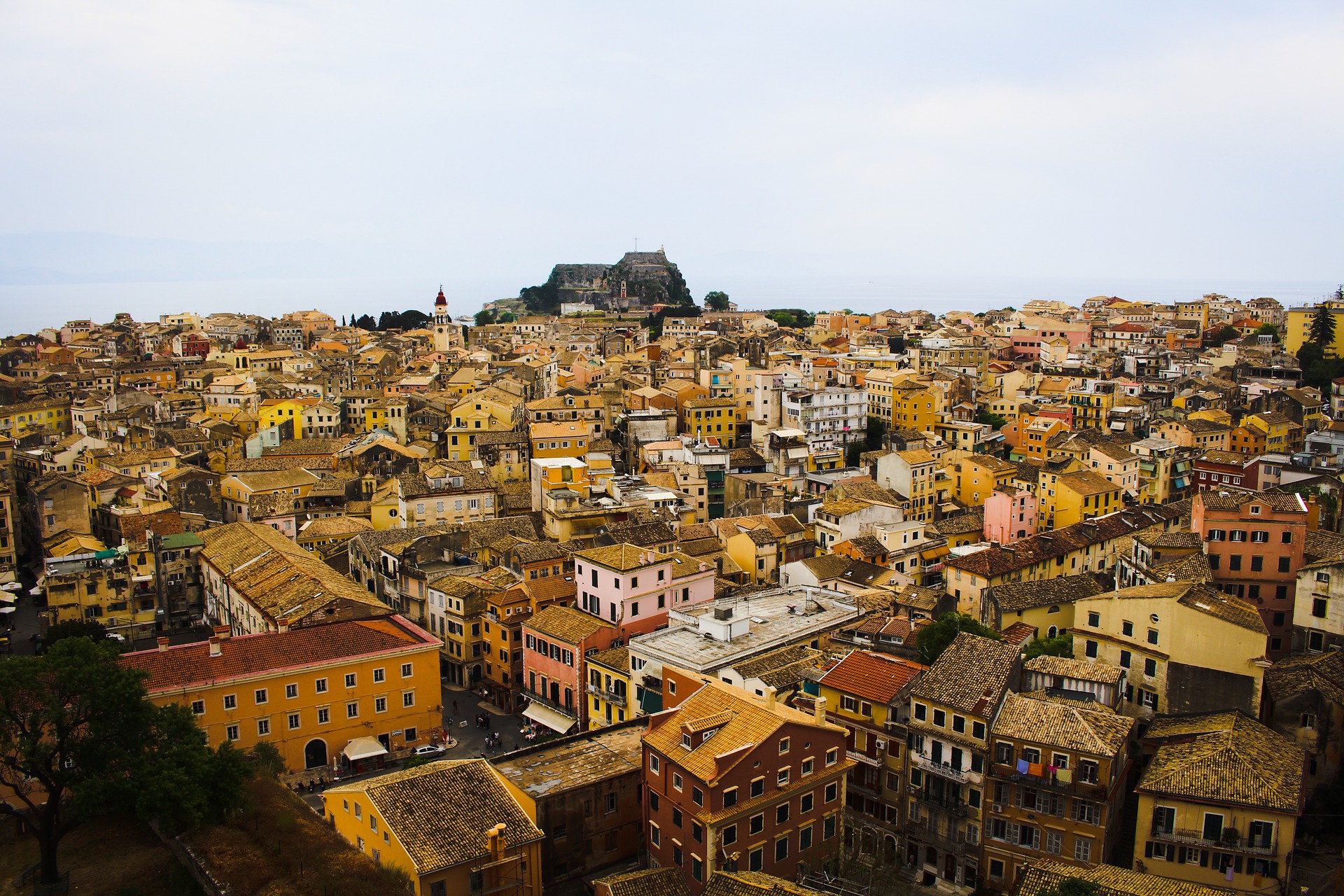 Corfu is characterized by its Venetian air and its luxurious character and it satisfies a variety of interests, such as the interest for nature, history and archaeology. Corfu has a rich cultural and historical inheritance, while it is a place of inspiration for fine arts. Corfu is a unique puzzle that captures the heart and the mind of its visitors. Its natural beauty, the ideal climate, the crystal blue sea, the green hills, the golden beaches, the traditional villages, the picturesque ports, the interesting sites and the one of kind gastronomy are the pieces that compose this marvellous puzzle.

The homonymous capital of the island is considered to be a museum city. It is a place with a rich artistic tradition and, given the variety of European impacts, is the most successful result of the Greek and Western architecture. The historical city centre is well preserved and it is a UNESCO World Heritage Site.

The imposing neoclassic buildings are of rare beauty and value. The royal palaces, the fortresses, the museums, the libraries, the art galleries, the churches, the interesting public buildings and private villas, the public and private archaeological places, the romantic narrow streets paved with cobblestones, known as kantounia, the arch arcades set the scene for a costume drama!

In Corfu, it was established the first Greek University, the Ionian Academy, the first philharmonic orchestra and the first Art School in Greece.

What you should see:

Some of its most famous beaches