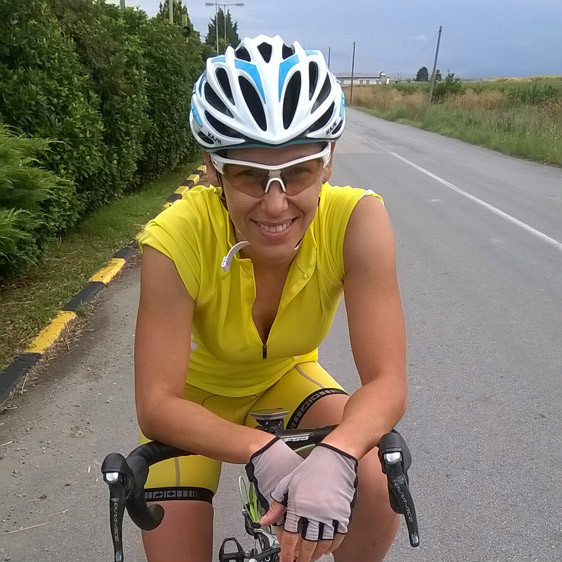 I started doing sports in 1985 at the age of 12 taking my first steps in athletics, where I remained as an active athlete until 1992 with many wins and distinctions in Local, Regional and National level ( Greek National team).

I had the first contact with cycling on winter of 1999, at the age of 27 when I met my husband, an athlete and champion in cycling. On the summer of 2000, inexperienced and without any previous participation, I participated in the National Road Championship where I got the 9th position. This essentially was the occasion to occupy myself with more zeal and to train harder.  Since then I have participated in many races, with an intermediate interruption of 5 years, when I gave birth to my 2 boys. In 2009 I returned, making my first amateur trainings. In 2010 I participated in the National Road Couples Championship where we got first place as a team. Since then I started more intensive training and wins followed in many local, regional and National races in Road and Mountain biking.

►2nd Place in the Paracycling European Cup as pilot on 2015.

►2nd Place in the Paracycling Greek Championship as pilot on 2015.

►3rd  Place in the Marathon MTB Greek Championship on  2015.

►3rd Place in the Road Greek Championship on 2014.

►4th Place in the Time Trial Greek Championship on 2013.

►1st  Place in the Track running Greek Championship on 1990.