Pineios is the biggest river of Thessaly surpassing 200 kilometers in length. It springs from beautiful Pindos, crosses the Thessalian plain creating impressive meanders, crosses the vale of Tempe and flows to the Aegean sea. It is one of the most important wetlands of Greece. 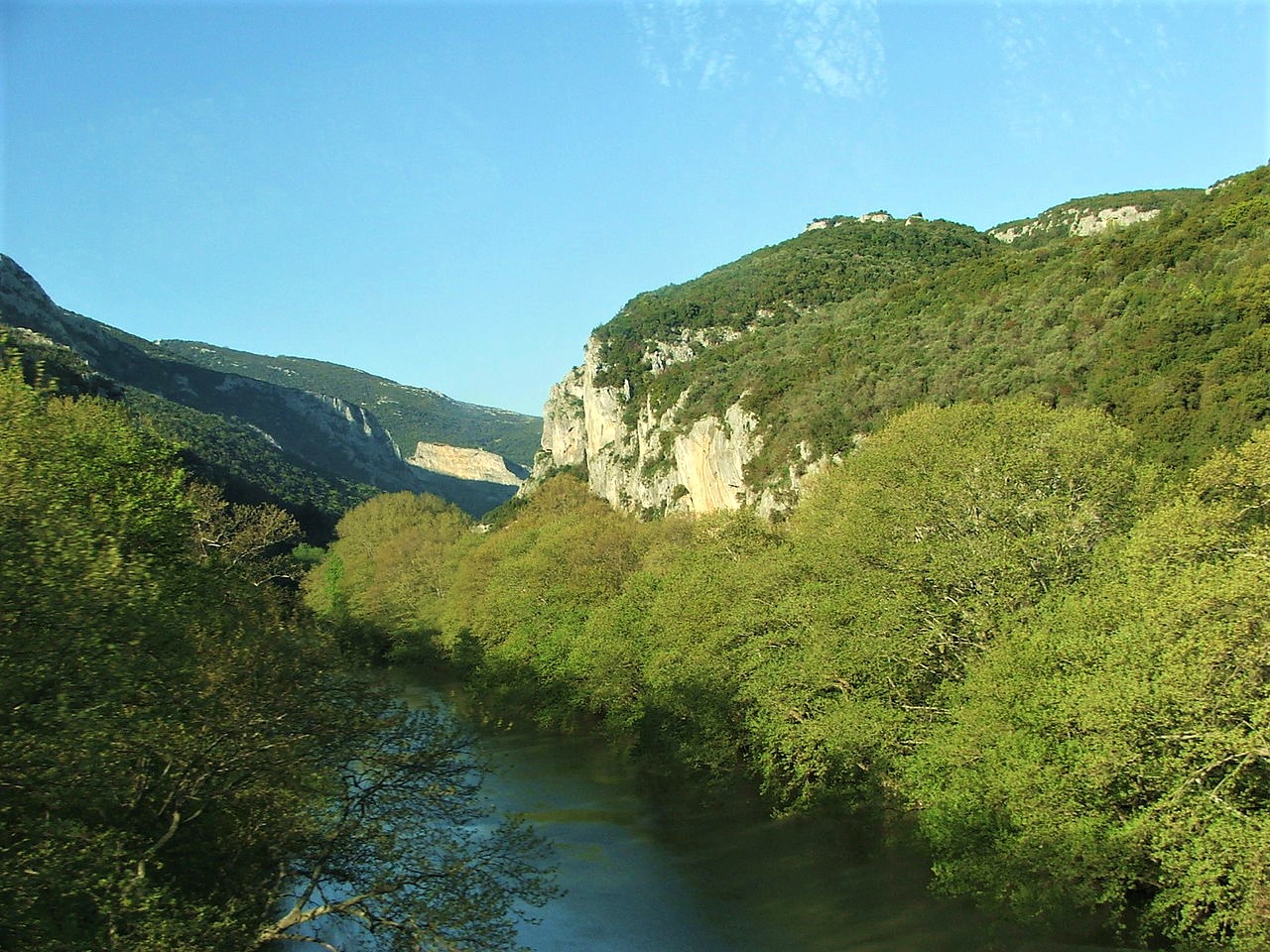 It is one of the most important wetlands of Greece.as it possesses riverside forests, rich fauna and extended dunes at its estuary. It belongs to the NATURA network and has been characterized as a Landscape of Particular Natural Beauty.

Very close to Tempi lies the Estuary of Pineios, a place with high biodiversity and ecological value. Pineios is important for its unique riverside forests with pines, which create the aesthetic forest of Tempi and the islets of oak forests. The area of the river estuary is ideal for all the year for those who love watching birds, as it constitutes one of the most important passages of migratory birds and more than 200 species of birds have been recorded.

The Myth of Pineios: The river is mentioned by Homer as “argyrodinis” (silver swirl), because of the beauty of its waters. According to mythology, it was the residence of the Nymphs and was created by the tears of the Pindos and Ligkos mountains for their lost love. Pindos and Ligkos were a very happy couple from the union of which the beautiful landscapes of Thessaly were created. However, the gods got jealous and separated them. From the tears of the two mountains, Pineiosriver was created, which flows between them.

The tears that created Pineios River

Once upon a time, the Gods of Olympus Mountain got jealous of Apollo’s favor towards the beautiful mountain of Pindos, which had trusted to his favorite Mouses and Numphs. N order to cancel any suspicious plans of theirs, the God Apollo married Pindos with a handsome and brave man, the famous Ligkos (Chasia Mountain). The couple was living happy and loved and by their union magnificent valleys and picturesque landscapes began to spread in West Thessaly. This made the rest of the Gods even more furious and they demanded the separation of Pindos and Ligkos. In vain did they cry and were pleading for leaving them together. The Gods were cruel and unconvincing and they made the couple separate. Despite all these, Pindos and Ligkos (Chasia) were always nostalgic about their lost love and happiness and kept crying. Their tears created the long river of Thessaly, Pineios, which springs from the point these two mountains were separated.