Kissavos, Ossa  is considered the continuity of Olympus, geologically speaking, and it is divided from it by the Vale of Tempe. Its maximum height is 1.978 m (Prophet Helias). It is located between the valley of Larissa to the west, the valley of Agia to the south and the sea to the east, where its slopes end, forming coves. The mountain is divided into two parts by a valley, which is called “the Big Canyon” to the north and “the Big Stream” to the south. Geologically speaking, Ossa is considered to be a mountain of great interest, since in its base it consists of crystal rocks, which are covered by other igneous rocks.

The eastern and northern sides of Kissavos are surrounded by a verdant environment, where one can find himself among beech, chestnut and pine forests. On its southern ridge, there are also some firs. The eastern side of the mountain is soaked by the Aegean Sea, where lay beautiful beaches, mixed vegetation, as it is bushy, plane and hydrophilic trees and hundreds of streams at the sea level, while on highest levels one can find beech and fir trees. On most of its sides, mostly on its eastern ones, there are impressive canyons with violent streams, the most beautiful of which is the stream of Kalypso, scenery which is surrounded by waterfalls, ponds and sharp rocks. On the north-eastern side, the rocky and wild beauty of the landscape is obvious. The cone of the peak is naked from vegetation. In the peak of the mountain, there is also a marvellous underground little church, dedicated to prophet Helias on a height of 1.978m. 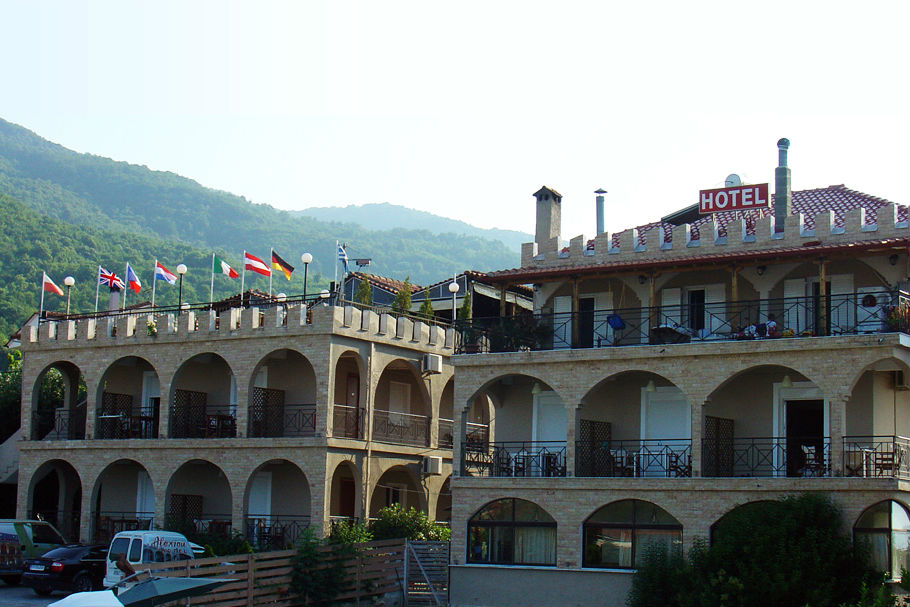