The village of Dion is situated near the archaeological area and 15 km away from Katerini, in the northern foothills of Olympus. It used to be called Malathria, because of the plant malathra (marathos) that was flourishing in the area.

Ancient Dion is an area in the foothills of Olympus. 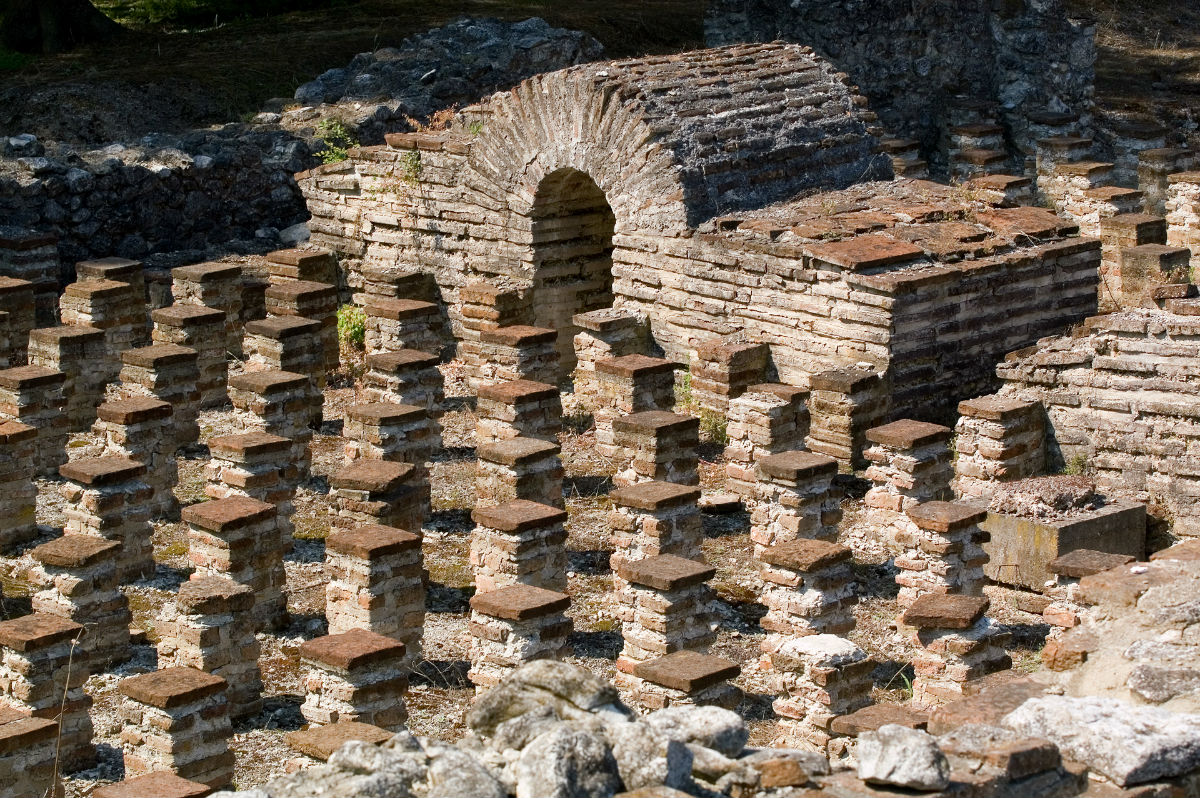 Dion is an area in the foothills of Olympus. Today it is known all over the world because of the discovery of a very important Macedonian city. The ancient kings of Macedonia have chosen Dion for their summer residence. There they created, many centuries ago, a settlement in the ruins of which the elements of ancient Macedonian Civilization are obvious.

About 700 B.C. Isiodos singing Zeus’s divine love forThiia, the daughter of the Greeks’ forefather Defkalionas, he says that she got pregnant and gave birth to two children, Magnitas and Makedonas, who lived in Pieria around the mountain Olympus. The sacred location of Zeus in that area was Dion, in the foothills of Olympus.

The excavations revealed that Dion constituted the sacred town of Macedonians during antiquity. The archeologists brought to light some findings that testified the existence of a brilliant and thriving civilization : remains of an ancient theater, the sanctuaries of Dimitra, of Isida, of Dionysos and the Asklipio, streets with shops, the cemetery and the city walls,the Hellenistic and roman theater, the roman baths with lots of sculptures, palace findings, the Conservatory, as also a palaiochristianic basilica cemetery of outside the walls. Many of the findings are exhibited today in the Archeological Museum, in the village of Dion. Most of the graves belong to royal members. Today we can admire the remains of this civilization in the archaeological area of Dion and in the Archeological Museum of Dion.